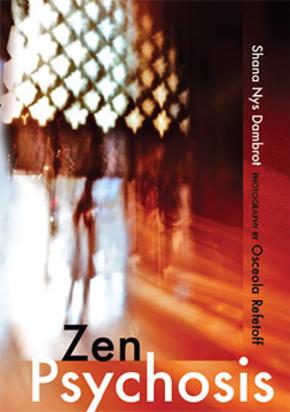 Shana Nys Dambrot is an art critic, curator, and author based in Downtown LA. She is the Arts Editor for the L.A. Weekly. She studied Art History at Vassar College, writes essays for books and exhibition catalogs, curates and juries exhibitions, and speaks at galleries, schools, and cultural institutions nationally. Dambrot is a member of ArtTable's Executive Committee, an award-winning member of the Los Angeles Press Club, and a recipient of the 2022 Mozaik Future Art Writers Award. sndx.net.

Osceola Refetoff is a photographer interested in documenting humanity’s impact on the world, both the intersection of nature and industry, and the narratives of the people living at those crossroads. His parallel careers as an editorial and fine art photographer are characterized by an evocative, cinematic understanding of how scale, point of view, architecture, and motion can express the essence of a given place. Osceola graduated from NYU Film School and has been named Los Angeles Press Club National Photojournalist of the Year. ospix.com.

ZEN PSYCHOSIS is a work of oneiric fiction -- a personal memoir culled not from diaries, but dreams. A critic of art and an amateur student of Jungian psychoanalysis, Dambrot is often compelled to decode intuitive, inscrutable symbols and assemble meaning from the clues the dream or the artist leaves behind. In this novel, she applies the technique to herself.

The accompaniment of fantastical pinhole photographs by Osceola Refetoff augments and expands on this dynamic, bringing a beguiling dreamlike quality to what are in fact people and places in the real world outside. As an artist and student of cinema, Refetoff has long been fascinated with the conventional visual language of what dreams supposedly look like.

"Zen Psychosis is marvelously Surrealist, with surprising hard-boiled touches. Shana Nys Dambrot and Osceola Refetoff journey into subterranean territory and report back in text and image. It's a grand adventure -- a mashup of Los Angeles Noir, Dada poetry, and psycho-erotica. As if Tristan Tzara, Anaïs Nin, and Dashiell Hammett lived together in LA and ran a detective agency." — Photographer, curator & scholar, Douglas McCulloh

“The Los Angeles-based art critic, curator, and now author has taken scenes from her unconscious and transposed them into something tangible and inventive.” -- Bree Castillo, FLAUNT Magazine.

"I had fallen asleep on a blanket at the beach, next to my lover, very close to the water.

It was a dark and oily place, on the shore of a great greasy sea filled with the bloated carcasses of the drowned, glowing white in the moonlight. It was awful. I kissed my lover quickly, thanking God for him. He looked at me with tender indulgence -- he still loved my craziness then. He suddenly stood and began to throw his books at me, prodding me to get up so he wouldn't be late for his afternoon meeting.

As I reluctantly rose to my feet, I saw mountains in the distance framing his beautiful golden face and eyes the same color as the bruised blue sky. There were overlapping V-shaped clouds projecting up from behind the mountains and out across the bay. The clouds were long and thin, like steamed spring rolls in rice paper, arranged like a grove of palms on a hilltop. He turned to look, and as I followed his gaze, I saw that the clouds were in fact palm trees on the crest of the green hill unrolling above us, and below was not an ocean at all..."

"With mesmerizing prose, Shana Nys Dambrot's Zen Psychosis resonates with Borges-like wonder, exploring the mysteries of the human condition. It's emotional pulse runs from laugh-out-loud to achingly sad." -- Bruce Bauman, author of  the novels And the Word Was and Broken Sleep.

Zen Psychosis named one of the BEST BOOKS OF 2020 by L.A. TACO! Reviewer Mike Sonksen wrote, "This is experimental short fiction structured as a dream journal that becomes a memoir.  Accompanied by a portfolio of photos by Osceola Refetoff, the short chapters read like prose poems. This book taps into Surrealist and Jungian notions of the narrative subconscious, moving across geography from Downtown Los Angeles and Long Beach to Long Island and back again, the ocean and mountains disappear and reappear in a dizzying narrative that travels across time and space."

Archived video of live-streamed reading & artist talk with Dambrot and Refetoff, from Chungking Studio on April 20, 2020 (talk starts at the 4-minute mark).

Dambrot was interviewed about the book on the L.A. Weekly podcast on March 6, 2020.

Dambrot & Refetoff were the guests on the A.G. Geiger Podcast in advance of the 2020 launch.