Shana Nys Dambrot is an art critic, curator, and author based in Downtown LA. She is the Arts Editor for the LA Weekly, and a contributor to Whitehot, Flaunt, Art & Cake, and Artillery. She studied Art History at Vassar College, writes book and catalog essays, curates and juries exhibitions, is a dedicated Instagram photographer and author of the experimental novella Zen Psychosis (2020, Griffith Moon), and speaks at galleries, schools, and cultural institutions nationally. She is a member of ArtTable and the LA Press Club, and sits on the Boards of Art Share-LA and the Venice Institute of Contemporary Art, the Advisory Council of Building Bridges Art Exchange, and the Brain Trust of Some Serious Business. 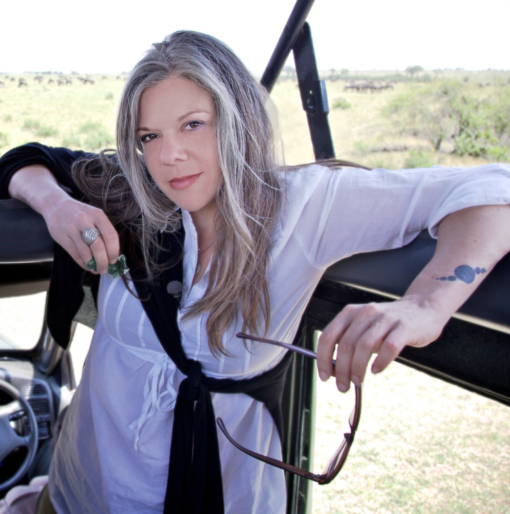 Female Gaze at Art Share LA was reviewed in the LA Weekly.

January 2018: "The New Pictorialists" at YourDailyPhotograph.com (co-curated with Osceola Refetoff)

July 2017: Satan's Ball at Art Share was reviewed by DiversionsLA.

May 2017: Juried the mixed media show CO-LA-LA-LAGE with Liz Gordon at the Loft at Liz's, for Collage Artists of America.

August 2016: Feminist Variations at the Loft at Liz's. Susan Melly, Annie Terrazzo, Victor Wilde, Carol Sears, Peter Walker, and Lauren Kasmer look at how the female body occupies physical and ontological space. || My co-curator Susan Melly and I were interviewed on the progressive radio show FEMINIST MAGAZINE on KPFK. The program is archived as a podcast, and available on Soundcloud. DiversionsLA and ForYourArt both covered the show on their site.

March 2016: Elected to the Advisory Board of Building Bridges Art Exchange.

2014-- ART SHARE LA gallery exhibition committee, a non-profit culture center in the Arts District producing 10-12 open-call exhibitions each year. Elected to the Board of Directors January 2017.

May 2012: UNSETTLED: The Art of Vincent Sabella. Exhibition and Catalog Essay for solo show at Edgar Varela Fine Arts

January 2009: What's the Matter with Mommy, the Hang-Over, at Phantom Galleries, Downtown LA

November 2008: What's the Matter with Mommy? at Salon Oblique

February 2006: Patrick Collins: “Back Fence” new paintings at Another Year in LA

2005: “Betting on Our Muses”: An invitational juried drawing show in magazine form produced by Gallery Domingo

2005: Affaire in the Garden, the Beverly Hills annual art show, Juror of Paintings

Spring 2001: “Off The Hook: The Mixed Messages of Prostitution” a group show to benefit the Mary Magdalene Project. (Reviewed in d’Art Magazine.)

1996: Co-Producer, "The Three Sons of Viracocha" performance by Laslo Nosek, at half a dozen rose

RAWArtists hosted me as the guest on their IGTV live arts industry interview show, November 2019.

I was the guest on the Art World Podcast radio show, November 2019.

Interviewed Camille Rose Garcia at the book launch for The Cabinet of Dr. Deekay, at La Luz de Jesus, December 2019.

August 2019: Interviewed Brandon Boyd at SoHo House Malibu for the launch of his Portals memory game.

May 2019: Interviewed by the And I Thought Ladies podcast about pursuing a career in arts journalism.

May 2019: Interviewed in the award-winning documentary Queen of Paradis, about the artist Reine Paradis.

October 2018: Interviewed Robbie Conal during his exhibition at Track 16.

October 2017: Gallery Talk with Rotem Roshef at the University of LaVerne.

May 2017: I traveled to NYC as part of the Artist Muse crew in support of Sheinina Lolita Raj's unique sound-and-image pop-up pavilion ENLIGHTEN on Manhattan's Upper East Side during Frieze Week. We have the Full Video of the Talk on YouTube! There's also a short and super-sweet Artist Muse Project Trailer.

May 2017: I had the honor of speaking to CalState San Bernardino's MFA students in a talk called "The Pleasures and Terrors of a Career in Art Now!"

April 2017: I was interviewed by Brainard Carey for Praxis on Yale Radio, where we discussed the arc of my career and the way I think about what I do in the art world.

March 2017: Gallery talk for SMC students with Andy Moses during his 30 Survey exhibition. I'm also cited in the exhibition catalog.

March 2017: I moderated a panel discussion with aesthetic philosophers which was livestreamed from Bergamot Station to artist Kyunghwa Lee's event at Art Basel Hong Kong.

January 2017: Getting Attention: Is a Review All You Need? W/ Peter Frank at the stARTup Art Fair

August 28, 2016: I attended the history-making event NOW BE HERE, the instantly-infamous group photo of 733 women artists, taken at Hauser Wirth + Schimmel. I was interviewed on site for the new blog Art and Cake, and spoke at a subsequent edition of the Metabolic Studio's Explorer's Club to discuss the experience. The conversation, Pictures or it Didn’t Happen, is archived on Soundcloud as well (but I think you have to be signed into your account to listen...)

Summer 2016: Ellen Schinderman interviewed about my practices as a curator for her CURATIONISM blog on the MrXStitch website.

Summer 2016: Interviewed for the new EMS documentary on the painter Bibi Davidson.

June 2016: Panel talk with the artists of IT SPEAKS TO ME at the Carnegie Museum of Art in Oxnard.

May 2016: I interviewed the musician and artist Brandon Boyd for a special Art of Elysium salon dinner sponsored by The Macallan.

2016: I was interviewed for a documentary film about twin brothers and iconic artists Jerome and Joel-Peter Witkin, via Jack Rutberg Fine Arts. (The film was honored at Newport Beach Film Festival.)

May 2016: Artist talk at LAUNCH Gallery with Ryan McCann.

2016: Eric Minh Swenson made a short film on the painter Susan Lizotte, in which I talk too much but we have a good time with New Medievalism.

March 2016: Artist talk with Nurit Avesar, at the Neutra Institute in Silverlake.

November 2015: Museum Talk: The Love/Hate relationship between art and criticism, at the San Jose Institute of Contemporary Art.

September 2015: Featured guest on This is the City podcast about the ever-changing quality of art and life in DTLA.

March 2015: Talk: The Love/Hate relationship between art and criticism, at East Side Art Exchange, DTLA.

January 2015: photoLA panel: When & How to Self-Publish

September 2012: Reader, Madwoman in the Attic, reading series organized by Lezley Saar during her exhibition at Merry Karnowsky Gallery

October 2011: Panelist, The Analog Salon at the Stealth Building

March 2010: Artillery Magazine Art Debates Round 2, at the Downtown Standard